MOTOR TREND today announced the Motor Trend award winners of the “Golden Calipers” for Car of the Year, Truck of the Year, SUV of the Year, and Person of the Year. One of the most prestigious and sought-after honors by automotive manufacturers worldwide, the award winners were announced during a red carpet ceremony at a gala event featuring an audience of industry insiders and celebrity guests at the Petersen Automotive Museum in Los Angeles. 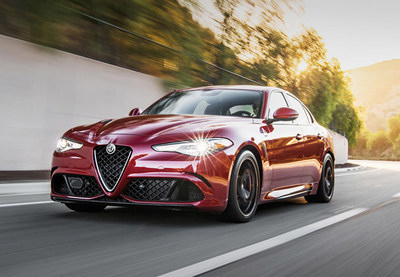 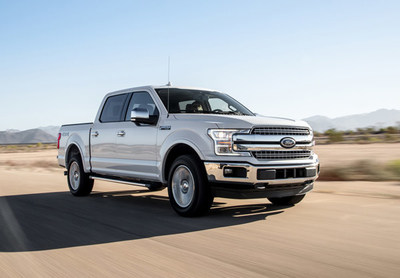 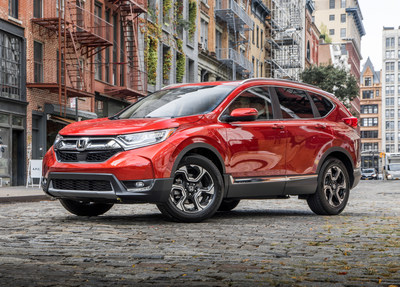 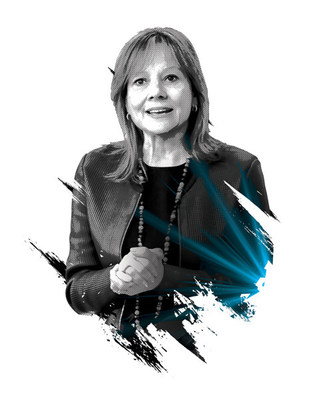 “We are thrilled to announce the best of the best in the industry,” says Edward Loh, editor-in-chief of MOTOR TREND. “This year’s coveted Car of the Year, Truck of the Year, SUV of the Year, and Person of the Year are being presented to some of the most well-deserving and innovative recipients we have had since the founding of the award in 1949.”

Finalists this year were evaluated against six key criteria: safety, efficiency, value, advancement in design, engineering excellence, and performance of intended function. Judges for each program came from the MOTOR TREND staff and also included two special guest judges for Car of the Year (legendary car designer Tom Gale and product development guru Chris Theodore) and one special guest judge for SUV of the Year (auto engineering expert Gordon Dickie). The Person of the Year was chosen from MOTOR TREND’s annual Power List of the automotive industry’s 50 most influential people.

The details of the awards are:

2018 MOTOR TREND Car of the Year Winner: Alfa Romeo Giulia
What clinched this year’s Car of the Year winner with MOTOR TREND judges was the sheer joy that the Alfa Romeo Giulia puts back into driving. Alfa understands the nuance that sport sedan drivers desire, with a racy engine response and dynamic handling without a rough ride. The Giulia’s 2.0-liter turbo-four engine demonstrates notable power with its stunning-yet-tractable 280 horsepower and 306 lb-ft of torque.

The judges’ evaluation of the $38,990 base Alfa Romeo Giulia convinced them of the car’s overall prestige. Alfa succeeded in making a blazingly fast performance sedan, while delivering luxurious touches in the base-model version—an accomplishment many car manufacturers are unable to achieve. The Giulia range is topped by the 505-horsepower Quadrifoglio edition, which is, as one judge notes, “the best pure sports sedan you can buy today.”

Following a week of testing at the Hyundai-Kia Motors California Proving Ground, MOTOR TREND Features Editor Christian Seabaugh summarizes, “It handles absolutely beautifully, with light, linear sports car–like steering. It rides like a luxury car with no impact harshness in the cabin, and it’s downright quick. This is a car that puts a smile on your face. It doesn’t matter whether you’re sitting at a stoplight, bombing down a back road, or cruising on the highway. It just wants to please.”

In awarding the Alfa Romeo Giulia its COTY status, Angus MacKenzie, MOTOR TREND’s International Bureau Chief, describes this year’s winner as recapturing “the spirit of [the] 1960s Alfas but in a thoroughly modern manner.”

For 2018 Truck of the Year testing, Ford provided four variants to show the breadth of the changes made under the hood. The significant updates made to the F-150 have resulted in the interiors becoming more premium, the infotainment system more intuitive, and the steering more responsive. With these new powertrains, the F-150’s lighter, military-grade, aluminum alloy body delivers strong fuel economy for a full-size truck. Ford ultimately proved its superiority compared to competitors by producing an impressive range of midcycle changes, including significant ride and handling improvements.

Judges were unanimous in their decision for this year’s Truck of the Year winner. “It was a pretty resounding win,” MOTOR TREND Road Test Editor Chris Walton says. “Nothing really came close.”

Thorough testing at Honda’s recently renovated proving ground near Mojave, California, showed that CR-V Touring is by far the best entry in the industry’s most competitive segment. A new engine and transmission delivers strong performance to a budget-minded family—by getting to 60 mph 0.8 second quicker than the previous model and also being about 8 percent more fuel efficient around town. In addition, the cabin is supremely functional, with prodigious storage space in a small footprint. The CR-V’s rear doors open wide, ensuring easy access to the spacious rear seats. Judges agreed that with prices ranging from just under $25,000 for the LX to $34,735 for the Touring AWD model, the value of Honda’s CR-V is highly competitive.

MOTOR TREND Detroit Editor Alisa Priddle says, “Honda made sure it kept its crown jewel ahead of the field by paying attention to a wide range of details. Others might excel in certain fields, but others don’t put the whole package together the way the CR-V does.”

As GM’s Chairman and CEO, Barra is executing the automaker’s plans to expand into electric vehicles starting with the Chevrolet Bolt (MOTOR TREND’s 2017 Car of the Year) and introducing at least 20 new EVs by 2023; partnering with companies such as Lyft; and creating GM’s own car-sharing service, Maven. Barra also took smart business moves, updating the hot-selling SUV lineup, while dialing back production on slower-selling models rather than piling on incentives. She also pushed forward financial restructuring, which elevated GM from bankruptcy to record net income in one of the most successful business turnarounds of the modern age.